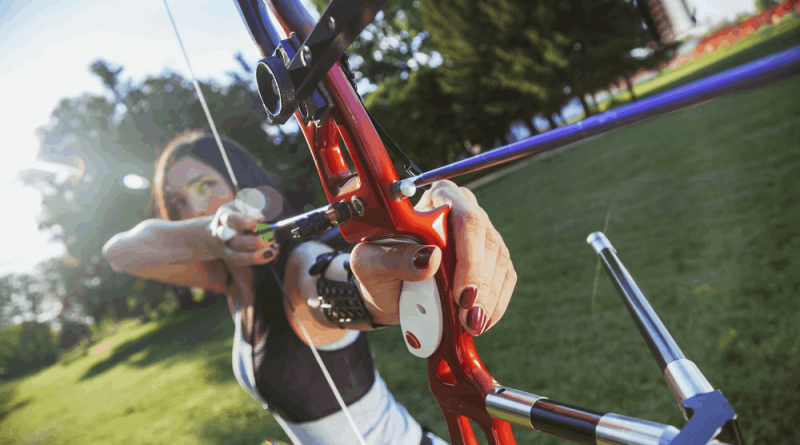 Archery is an ancient game. Shooting an arrow towards a target is a familiar practice that people know for hundreds of years. The game has been evolved into different styles over this long period. At present, there are eleven types of archery that archers practice and participate in various archery competitions. These are:

The most popular form of archery of modern times is the target archery. In this form, the archers shot at a circular stationary target from a fixed distance. Target archery competitions are held both indoors and outdoors. But the rules differ between the two forms of competition. In indoor competition, for example, the gap between the target and the archer is 18 meters to 25 meters, while this is 30 meters to 90 meters in the outdoor event. In this form, the competitors can use all types of bows.

It is another version of outdoor target archery. But, the field archery is more challenging than that of outdoor fixed target archery. The first challenge is the field archery is held in uneven or rugged terrain, particularly in forests. The second difficulty is, Archers need to shoot at a number of targets, not at a single target. There are 24 to 48 targets in the archery ground. Each of the targets stays at different distances and at a different elevation. If you like hiking or going outdoors in the woods, field archery is a good game for you.

3D archery is similar to field archery. In this case, a replica of an animal instead of a bullseye target is placed at different distances and at different elevations. Archers usually play 3D archery during harsh winter. The game is quite popular among them because 3D archery mimics the actual hunting environment.

In-flight archery, the aim of the archers are shooting the arrow as far away as they can. The competition is held in the wide-open field. In field archery, archers use special arrows, so the arrows face air resistance and travel the greatest distance.

There is much resemblance with the clout archery and the target archery. However, archers aim at a bigger target in case of clout archery, and the target or the bullseyes of this type of archery is a flag. The ideal type of bows for this style is recurved compound bows and crossbows. Golfers often practice clout archery to enhance their golfing skills.

Do you know what a biathlon competition is? It is a winter sport where the contestants are skiing through a trail. Targets are placed at different points of the ski trail, and the competitors job is to hit the target by firing a bullet from a rifle. Ski archery is the same as biathlon, but in this case, archers use a bow instead of a rifle. The ski track for ski archery is twelve kilometers long for male archers and eight kilometers for female archers.

Run archery is like another ski archery. But, in this case, the competitors run on dry land instead of skiing on an iced course or track. Also, the distance of the arid track is longer, which is 15 kilometers. This type of archery is held in warm countries.

Mounted archery is one type archery where an archer riding on horseback and shot at a target while the horse is running. As you can see, this type of archery is quite challenging as the archer requires both horse riding skills as well as archery skills. Another name for mounted archery is horseback archery.

Mounted archery was not a popular sport in the United States but, now people are gradually changing their attitude toward the game.

In mounted archery, 3 to 5 poles are placed to mark the track, and both the archers and the horse needs to follow the track. The targets are generally a few meters away from the archer. While riding through the track, the archers shot the target in front, from their side or behind.

The term bowhunting exactly refers to what people easily assume: hunting a game with bow and arrow. This type of archery is completely different than any other type of archery we discussed so far. Bowhunting requires broadhead arrows and energetic compound bows. Deer is the most popular target animal of bowhunters. Apart from deer, they also hunt boars, beer, elk, and moose. However, sometimes, bowhunters do not spare small animals like turkeys, rabbits, and raccoons.

Bowhunters do not spend much time in bowhunting. It is because if they don’t get the animal they want to hunt, hunters retreated from the hunting place. Bowhunting also requires taking prior approval from the local authority to hunt something there. Another aspect of bowhunting is, this type of archery is independent of weather conditions. Hunters continue their hunting spree in raining or freezing cold.

Kyudo is a medieval Japanese martial art where the use of the bow was a part of the judo. It is a unique type of archery that is not common outside of Japan. However, Kyudo is extensively practiced in Japanese high-schools and universities.

One remarkable characteristic of Kyudo is the use of very tall bows. The height of the bow could be as high as 2 meters. The bow of Kyudo is called yumi, and it is made of bamboo, and it(Bow) comes with an asymmetrical shape.

Archery is a wonderful recreational activity. The experience of archers is exhilarating when they target a bullseye with a bow and arrow and hit the target. Bowhunters also enjoy sheer pleasure and satisfaction when they shot a game. If you plan to select archery as your hobby, read this post to learn different types of archery and then pick the one that you like.