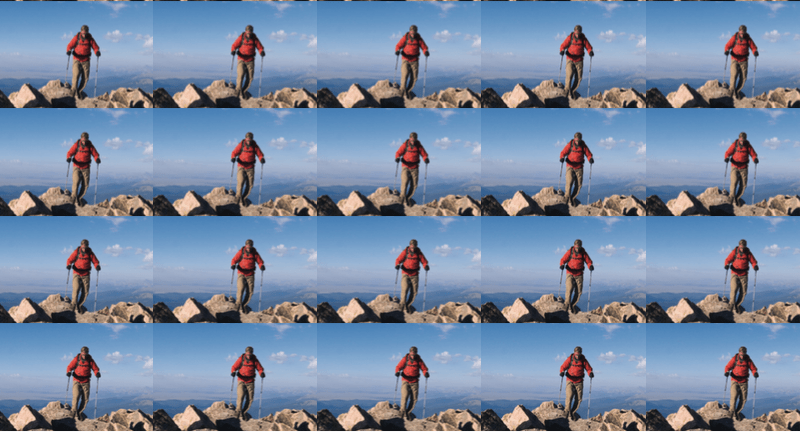 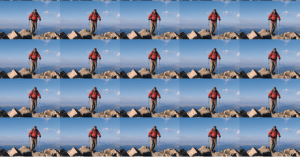 With a high school reunion coming and a gut to lose, our writer tries to remake himself on the trail.

I suspect I am not the only person who, with the clock ticking toward yet another high school reunion, has passed a mirror and thought, “How did that happen?” Time was not on my side: I had a mere 41 days before gathering with classmates who, decades ago, would have described me as borderline malnourished.

This was a discouraging turn of physiological events. And perplexing, as I have not lived a sedentary life. (Muchas gracias, rapidly diminishing metabolism!) A mere eight-minute drive from my front door lies an extensive trail system leading into New Mexico’s massive Gila National Forest. Five or six times a week, I don my daypack and head into the hills. A couple times a month, I go on a backpacking trip through rough country.

With the possibility of mortification looming, I opted to up my game by setting a goal. While huffing up a decommissioned section of the Continental Divide Trail in the 8,000-foot Burro Mountains, I decided to check off each of the remaining days before my reunion with a hike. Though I’m not cut from the Fitbit cloth, I have kept a journal of my trail efforts for many years. Thus, I was painfully aware that my previous hiking record—set in the mid-1990s—sat at a paltry 21 consecutive days. Even on my thru-hikes of the Appalachian, Colorado, and Arizona Trails, I never hiked more than 12 straight days without rest.

The ground rules were simple: It wasn’t an official hike unless it lasted at least 90 minutes. It also had to transpire out in the woods. (Walking my dog, Casey, through the neighborhood did not count.)

Math majors might take note of the fact, that, if I hike five or six times a week under normal circumstances, then, in reality, this 40-day endeavor would likely add only about 10 days to a hiking schedule most people would already consider dense. The problem: beer. Too much, to be precise. I blame my half-Irish, half-English ancestry. Not surprisingly, this DNA-level inclination is often a next-day motivation killer. In order to hike for a minimum of 90 minutes for 40 straight days, I would have to overcome, or at least manage, my social proclivities for 40 straight nights.

All worthy undertakings ought to begin with a ceremony. So, on day one of my quest, I drove down the kind of rutted dirt road that defines my home range, parked next to a long-abandoned barbwire fence, and pointed my well-worn Lowas toward a peak I had seen many times from the highway but had never visited. Its summit is not lofty, but its multi-mile, cross-country approach is steep, ragged, and lined with every manner of spine-laden species of flora found hereabouts. Several hours later, while balancing on a summit scarcely large enough to accommodate a single boot, I shouted, with only a few ravens as my witnesses: “I shall do this!”

Completing the quest, now, was about honor as much as physique.

On the majority of the subsequent 40 days, I covered nearby ground. I’d rise at 5:30 a.m. and, with Casey, hit the trail by 7. On weekends, I would venture farther afoot, up into the Gila Wilderness or over into Arizona’s White Mountains. My campaign slowed but did not stop when I had to limp for a few days when I twisted an ankle after being startled by a 4-foot-long, black-tail rattlesnake.

Forty days later, my wife and I carried a celebratory picnic lunch (read: Clif Bars) to a little-known waterfall. And, just like that, the quest was achieved. As I was preparing to drive to my high school reunion, I looked once again into the mirror. I was stunned to observe that the image had not changed as much as I had hoped. I had lost a couple pounds and my legs were tanned, toned, and scratched all to hell. But there was one important change: The person looking back at me boasted a big smile that seemed to ask: “What’s next?”

M. John Fayhee is the author of 12 books, including Smoke Signals: Wayward Journeys through the Old Heart of the New West. He recently hiked for 100 straight days.

The article was originally seen at https://www.backpacker.com/skills/adventure-at-any-cost 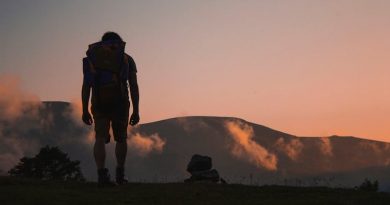 How To Recover Today and Hike Stronger Tomorrow 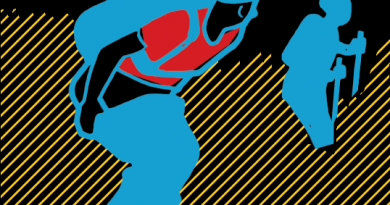 So You Pooped on the Trail. What Now? 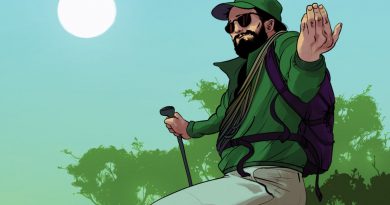