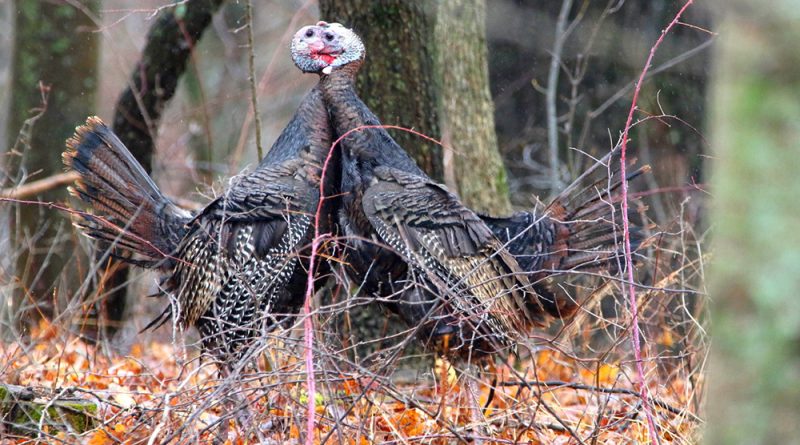 Turkeys seem to have a degree of repugnance for rain, wind, snow and cold only slightly below ours. However, the turkey mating season tends to wash away some of that fear, uncomforting feeling and intolerance of inclement weather much better than hunters.

Many turkey hunters have never seen the book, “There is no such thing as bad weather.” A common phrase that usually follows that title is, “Only poor clothing choices.”

Wind, more than most bad weather conditions, often sends turkeys deeper into the woods, lower in the ravines and sometimes up in trees.

Hunters despise wind for several reasons; hearing, difficulty having turkeys hear their calls, and general discomfort. Hunting blinds help alleviate some of those negatives, along with cold, rain, snow and a few others.

In fact, a blind can make turkey hunting during many forms of weather quite tolerable. Patience is a great equalizer to the run-and-gun and other techniques requiring constantly moving.

If hunters are honest with their inner selves and believe that one of the primary reasons they are in the woods is so they can enjoy nature, be in the woods, and possibly see wildlife, a blind is sometimes the answer.

With the right clothing, most things are possible, too (except with lightning and tornados).

Setting a blind in a good area and waiting can be rewarding, even if the reward is only seeing an hour-long turkey-pecking-order fight among jakes or gobblers.

While there was no guarantee of taking a turkey home using an all-day hunt from a blind, the mere excitement of nearly an hour of turkey fighting to re-establish order in their pecking order would likely do as much to lock in a love for turkey hunting as that single phone call to acquire a confirmation number.

The article was originally seen at http://www.outdoornews.com/2018/04/16/portable-blinds-sometimes-best-bet-turkey-hunting-bad-weather/