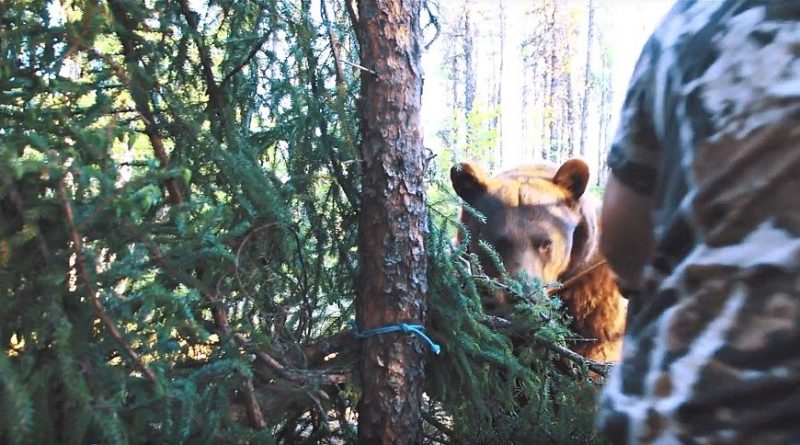 In one of the more intense bow hunts you’ll ever watch, a hunter comes eye-to-eye with a bear and only has a recurve at his defense.

This is why we film hunts. We just have to catch those epic moments in the woods because most of the time, words and stories just don’t do them justice. This archery bear hunt where you can smell a bear’s breath is definitely one of those times.

Short films like this do a great job of showcasing the feelings hunters actually experience. They flood our minds with memories of our hunts. For this reason, I love attending the Badlands Film Festival at the ATA Show every year.

And, the winner of the short film category at this year’s show just so happened to be this bear hunting video from Clay Newcomb and Bear Hunting Magazine. It’s dangerous, suspenseful, challenging and rewarding, hitting a number of raw emotions that make big-game hunting so special.

Close your eyes and just imagine this for a second. Consider a bear of that size being that close to you, and all you have for protection is a recurve bow. It gets my heart pumping just thinking about it. It actually reminds me so much of a hunt from Predator Pursuit, except for the fact that he ONLY has a recurve.

There are a lot of ways this could’ve played out that wouldn’t have been much fun, so this guy should feel pretty lucky.

The post Face-to-Face with a Big Bear and Only a Recurve in Hand appeared first on Wide Open Spaces.

The article was originally seen at http://www.wideopenspaces.com/face-to-face-with-a-big-bear-and-only-a-recurve-in-hand/ 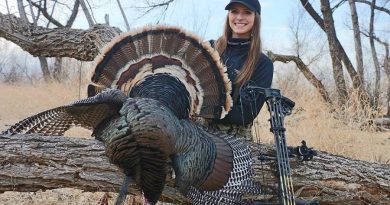 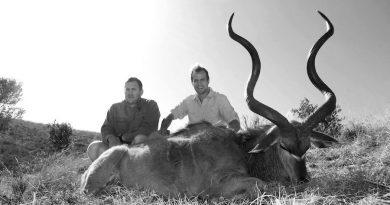 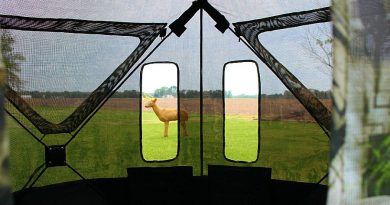