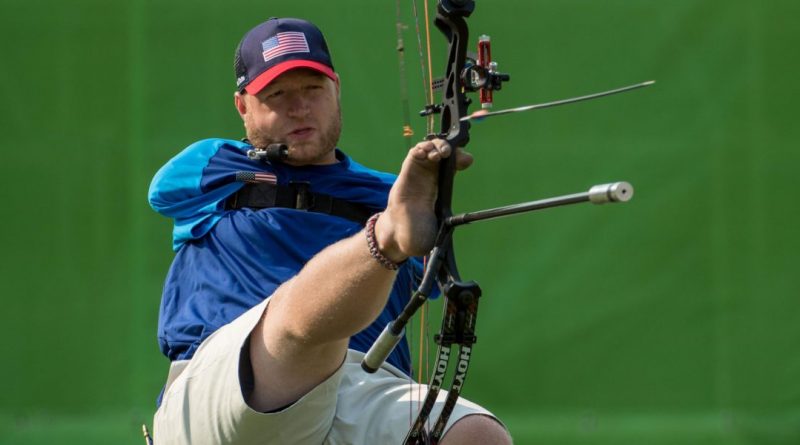 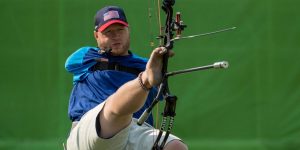 Anyone can shoot archery, even those with physical limitations. All you need is the desire to pick up a bow and learn.

“If they want to, there’s absolutely a way for them to start,” said Josahan Jaime-Santacruz, who directs the archery and coaching programs at the NFAA Easton Yankton Archery Center in South Dakota.

Jaime-Santacruz is a Level 4 instructor, and helps inspire coaches and archers to get involved in adaptive archery. “People are becoming more aware that archery is adaptable to anybody,” she said. “A lot of this has been spurred by archers who have taken it upon themselves to pick up the sport without thinking of this as adaptive archery. It’s just archery for them.”

Some people with disabilities don’t think they can succeed in archery, but they soon learn they’re mistaken. “My experience is that absolutely anybody who wants to shoot, can shoot,” said Jaime-Santacruz. “There’s no limitation whatsoever.”

Plenty of adaptive archers are proving it’s possible. Matt Stutzman, also known as the Armless Archer, has inspired many to pick up a bow any way possible. Stutzman was born without arms, and took up bowhunting to feed his family. He competed in the 2012 and 2016 Paralympics, winning a silver medal in 2012. He also holds a world record for archery’s longest accurate shot.

Janice Walth is legally blind but still set world records with her archery skills. Walth competed in the 2007 and 2009 Paralympic Archery World Championships, and won silver in 2007 while setting five world records. In 2009 she took bronze and broke her own world records at 60 meters and 80 meters for the women’s visually impaired category.

Teenager Faith Oakley also inspires people with her talent. The Kentucky high-school student was born without the use of her right arm. She draws her bow with a mouth tab to bowhunt and shoot competitively.

Mouth tabs are just one of several items of adaptive archery equipment. USA Archery has a series of videos that demonstrate adaptive gear, and how to make and use modified equipment.

Adaptive archery requires innovation and inspiration by archers and coaches. Jaime-Cruz works with coaches so they feel confident working with adaptive archers. “I want them to break the mold of the comfort zone so they have enough tools if an archer who needs an adaptation comes in,” she said. “They can be easily integrated into the program.”

Adaptive archery doesn’t require special coaches or classes. Adaptive archers can compete against anyone, and should feel comfortable in a regular archery setting.

“If you’re an instructor, you already have an affinity for helping people,” Jamie-Santacruz said. “Adaptive archery is just extending the branch of service you provide. It’s one more way you can help somebody have a better quality of life, and learn important valuable lessons.”

Jaime-Santacruz says adaptive archers gain confidence, self-awareness and independence by participating. “They come out of their shell and take on new challenges,” she said. “And their families, in particular, love seeing their loved ones thriving.”

Disabled Sports USA offers several resources for athletes and instructors. Instructors and coaches who want to learn more about adaptive archery can download the Adaptive Archery Instructor’s Manual for free.

With help from clubs, coaches, archers and local shops, adaptive archery is changing archery’s landscape, and making this exciting sport accessible for everyone.

The post Anyone Can Shoot with Adaptive Archery appeared first on Archery 360.

The article was originally seen at https://www.archery360.com/2018/05/08/anyone-can-shoot-adaptive-archery/ 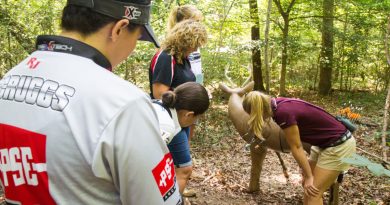 Check Out These Exciting 3-D Targets 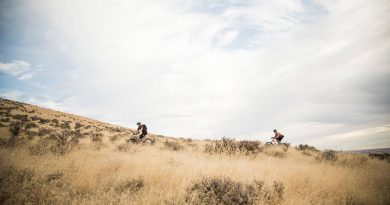 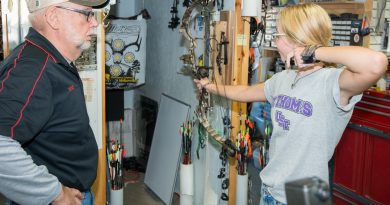 Starting Out In Archery? This Gear Is Just For You!