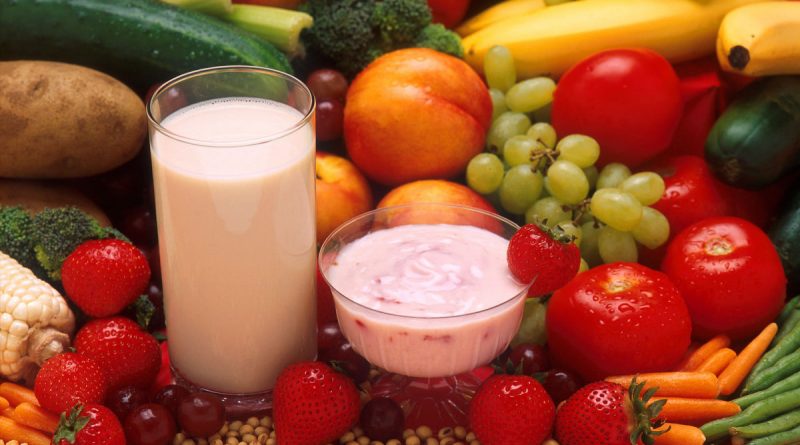 As the person responsible for preparing trail foods for a family of six, I need to know what’s good nutrition advice, and what’s nonsense. That way, when my husband grabs an energy drink or my kids try to snack on strawberries without washing them, I’ve got scientific evidence to nip these bad habits in the bud.

To bust four common nutrition myths, I enlisted Julia Delves, a holistic chef and nutritionist who is dedicated to helping active folk improve how they eat, and Georgine Leung, a columnist for Back to School magazine who holds a masters of science in public health nutrition.

Reality: Sure, no-carb or keto diets might help you shed weight temporarily, but your body needs all three macronutrients (carbohydrates, protein, and fat) to function efficiently. Carbs are the “best fuel for your muscles, and provides a ready-to-use source of energy,” Leung says. Your performance on the trail may suffer from not having enough carbs stored in your muscles and liver in the form of glycogen.

“Your body best uses simple carbs right before or after exercise due to the release of insulin when you start to exercise.” Insulin helps the body process the glucose.

After a long day on the trail, I like to make a cup of hot chocolate sweetened with coconut sugar and mixed with Natural Force’s Collagen Peptides and Emulsified MCT Oil because it satisfies my kids’ craving for sweets without them knowing that the coconut sugar in it leaves more trace minerals than white table sugar and has a lower fructose content. With muscle-repairing, protein-rich collagen and coconut-derived MCT oil—rich in healthy fats—it’s a treat that even a nutritionist could get behind.

Myth: “Cleanses” and “detox diets” will help you perform better on the trail.

Reality: Your body detoxes all by itself, and herbal remedies often do more harm than good. Detox herbs “kill off bad bacteria and yeasts in the GI tract but as they die, they release toxins,” says Delves. “When this happens too quickly, it triggers a herxheimer reaction, which basically means that your liver can’t process the toxins quickly enough and you can become sick.”

“Our bodies get rid of waste every day through the liver, kidneys and skin,” Leung concurs. “Be careful of dietary fads which do not work in the long run and can be dangerous. The only evidence-supported path to being healthy is eating a varied, balanced diet, and exercising regularly.”

Myth: If you can’t keep your eyes open driving to the trailhead for an early start, down an energy drink.

Reality: Evidence that energy drinks are unhealthy, and sometimes dangerous, is piling up.

Studies have linked energy drinks to cardiac arrest, high blood pressure, diabetes, insomnia, and migraines. In addition, says Delves, “energy drinks are usually loaded with artificial colors and flavors. I recommend sticking to natural sources of caffeine like coffee or tea, having really cold lemon water, or using caffeine-free ways to boost energy like maca powder.” The best remedy for low energy: a healthy routine. Combat fatigue by eating a complete, well-balanced meal or doing light exercise before heading out the door.

Myth: It’s important for your health to always eat organic.

Reality: It’s true that some conventional produce is loaded with pesticide residues—but it depends what you’re buying. Delves suggests checking out EWG’s Clean Fifteen, which lists the produce least likely to be contaminated. “More than 80 percent of pineapples, papayas, asparagus, onions, and cabbage had no pesticide residues,” she says.

When you do buy organic, the companion list, EWG’s Dirty Dozen, is a good place to start. Among the produce with the highest levels of pesticide residues: strawberries, spinach, nectarines, apples, peaches, pears, cherries, grapes, celery, tomatoes, sweet bell peppers, and potatoes. “A single sample of strawberries showed 20 different pesticides,” says Delves. “Spinach samples had, on average, twice as much pesticide residue by weight than any other crop.”

The article was originally seen at https://www.backpacker.com/skills/4-more-nutrition-myths-that-no-hiker-should-believe