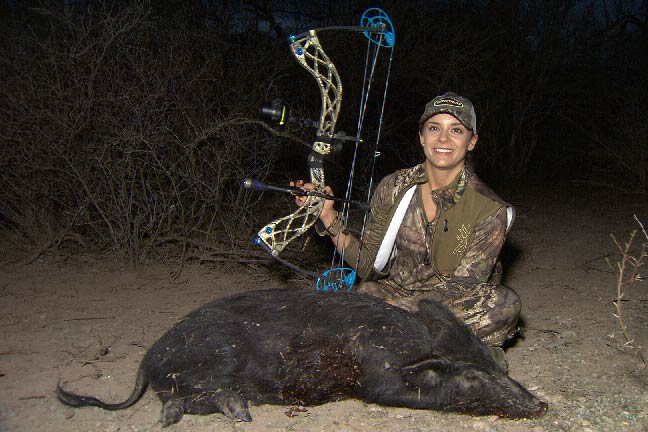 Arguably the most buzzworthy product debuted at the 2018 ATA Show was the new Garmin Xero bow sight. The revolutionary sight generated both praise and criticism, as the high-ticket tech raised questions of legal usage, fair chase and record-book entries.

The Xero essentially combines a laser rangefinder and single-pin slider sight for a more efficient process and eliminates guesswork for more ethical shot opportunities. With a push of the button trigger mounted to your bow grip, it ranges your target (game up to 100 yards and reflective surfaces up to 300 yards) then projects an LED pin for the precise angle-compensated distance.

I recently had the opportunity to travel to Texas with Garmin to test drive the Xero A1i for myself during a hog hunt. Typically favoring simple, low-tech gear, I was skeptical of the Xero and didn’t expect the new sight to win me over. But two hogs later, I was a believer.

Xeroing In
We arrived at our Southwest Texas camp late Saturday morning and calibrated our sights for the evening hunt. The setup process initially seemed overwhelming, simply because the Xero was unlike anything we had ever used before. But prompts on the display walked us through the steps of calibrating the sight, and we all became fairly comfortable with the technology in no time.

Dialed in beyond the typical range for hunting hogs, we loaded into the truck at 2 p.m. for the 20-minute drive to a nearby ranch for our first sit. Unseasonably warm weather for February meant the hogs would be moving very close to dark.

When we reached our hunting ground, I swiped a Tyrant Estrus Sow Scent Stick across my boots to prevent tipping off the hogs’ keen sense of smell. I was paired with cameraman Kevin Giesecke for the hunt, and we made the short walk to our setup in a small tree line, 25 yards from a feeder. I climbed into a tripod stand with Kevin, ready to catch the action on film, perched just a few feet behind me.

Within a few minutes, the area was buzzing with wildlife. We watched dozens of whitetail, sika and axis deer as well as turkeys filter through the open country for the next three hours. As the skies began to grow dark, three bucks feeding in front of my stand were spooked by commotion in the distance and scattered.

“Here they come,” Kevin whispered. I quickly rose to my feet, as a small group of hogs approached the feeder.

I drew my bow, held the Xero trigger button to range the feeding hogs and settled my pin on the largest of the group. I peered at the sight to ensure I was on target, and the display read an accurate 23 yards. I held at full draw until the sow turned and gave me a clear shot at the vitals. My Nockturnal strobing nock zipped through the heart, and all the hogs bolted.

I knew these wild hogs were notorious for disappearing into thick cover, often leaving little sign and covering serious ground when shot, so I was pleasantly surprised when I followed the blood trail just 30 feet before finding the expired hog along some thick brush.

Doubling Up
The next morning, Kevin and I were back on the hunt for more hogs and climbed into a blind on another area of the property about 30 minutes before daylight.

Shortly after we settled in, a vocal group of hogs appeared in the darkness in front of us. We spotted the outline of some large-bodied boars milling around the feeder, but they dispersed just a few minutes later.

Not long after daylight, a lone hog slowly wandered into range. I waited until I had a clear shooting lane and came to full draw. The 26-yard shot connected, and I added a second sow to my tally.

Friendly Competition
After gobbling down some bacon-wrapped venison backstraps when we returned to camp, our crew headed outside for a 3D course competition.

Each participant had to first guess the range to a target, then — after learning how inaccurate our estimates were — we shot using the Xero and received a score for both tasks.

My shooting stacked up just fine, but I did not fare so well on the ranging portion — in fact, I came in dead last. This exercise only further proved the benefit of rangefinding technology and the value of the Garmin Xero sight.

Behind the Scenes
For the Sunday evening hunt, I was stationed in another blind with Garmin’s Chad VanCamp, product manager for the Xero sight. Patiently waiting for hogs to approach the feeder, we exchanged whispers and I learned more about the thought, work and features put into the Xero.

One of the more intriguing capabilities Chad demonstrated was the Laser Locate feature, which allows hunters to send waypoint data to compatible GPS devices. So, you can flag the location of your shot or last blood and return to that exact location to resume tracking.

We only spotted three hogs that never came within 80 yards of us that evening, but we again saw plenty of wildlife to keep the three-hour sit exciting.

Xero Breakdown
After a weekend of shooting on the range and in the field, my concerns with the Garmin Xero were dismissed and I was pleasantly surprised by how much I enjoyed using the new sight.

The Xero bow sight is available in two models: the A1 ($799.99) and the A1i ($999.99) which offers additional functionality like dual-color pins, multiple arrow profiles and the Laser Locate feature.

It is currently legal in most, but not all, states, so check with your wildlife agency before hitting the woods with this sight. The technology — and the price tag — may not be for everyone, but the Xero is certainly a game-changing piece of bowhunting equipment and delivers on its promise to “leave the guesswork behind.”

To read the full Field Tested review of the Garmin Xero A1i, check out the June issue of Petersen’s Bowhunting. 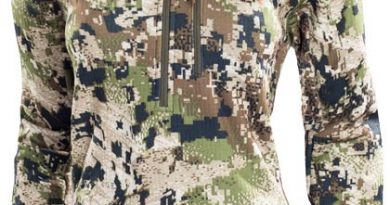 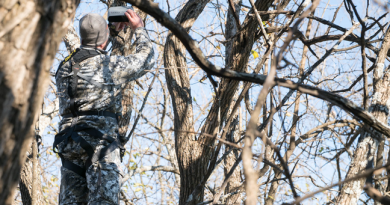