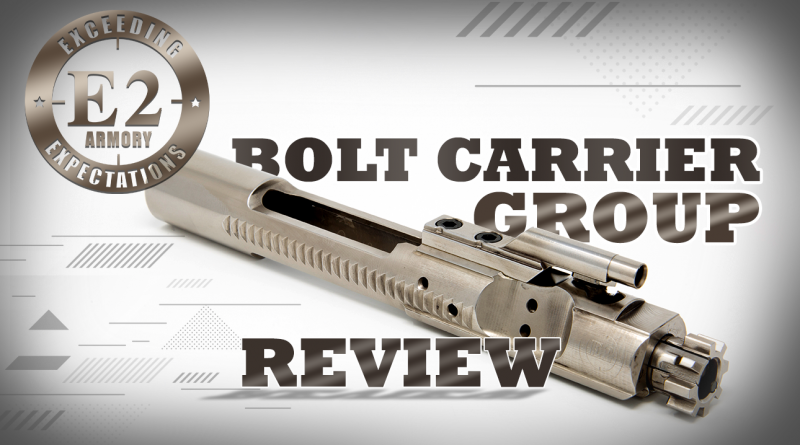 When it comes to sourcing the best bolt carrier group for your AR-15, you’re going to want to base your choice on any one of several factors. There’s your budget (top on most people’s lists). There’s the weapon’s intended purpose, number of shots, and the overall aesthetics of the firearm.

But before we even get into any of that, let’s start with an understanding of exactly what the bolt carrier group does inside of your AR-15.

The group itself can be located inside the top receiver, and it’s its job to chamber new rounds, cycle the gun’s action, remove any empty brass, and reset the hammer. It also generates the mass necessary to determine your operating cycle, as well as other related factors, like muzzle lift and recoil required. This functionality sets the BCG apart as the single biggest deciding factor in your weapon’s reliability.

With so much relying on your BCG’s performance, it’s important to bring in the right group for your needs. That’s why we were thrilled to discover the bolt carrier assembly group AR/M16 from E2 Armory.

There’s a reason the bolt carrier group is so often called the lifeline of the AR-15. It’s responsible for the gun’s firing action, meaning that, yes, without it, a firearm won’t fire. It’s crucial to your AR-15 build, which makes it all-the-more important that you get the right BCG installed right from the start.

E2 Armory has the right BCG.

Designed, specifically, for AR-15 and M16 builds, E2’s premium group build boasts some truly high-end assembly quality. After installing my BCG, I could almost feel the precise firing pins and high-end gas keys the longer I used my firearm. That’s the level of workmanship that goes into these components and, with 9310 alloy and laser engraving, the part looked great, as well.

Where you see the value of a well-designed part like these is definitely in the long haul which, unfortunately, makes them hard to review in the moment. What I can say about E2’s product, however, is that it features precision machining from 9310 alloy for construction so solid that you can actually see it performing at the same level, for years to come. Add to that its extensive proof and MPI testing, and you’ve got a reliable product, overall.

Throw on a set of awesome steel corrosion gas rings, expertly machined carrier and gas key, and the heat-treated Nickel Boron build, which sets it apart from most standard-issue groups, and this brought my firearm to life in a big bad way. Gas keys are installed with Permatex Aviation gasket sealer, torqued to somewhere in the region of 55-foot pounds, which is the technical side of a story I can put simply as follows: “This is a solid rifle component, built by a company that loves firearms.”

If you’re looking for the perfect bolt carrier group for your next AR-15 build, you can stop looking, because you’ve just found it at E2 Armory.