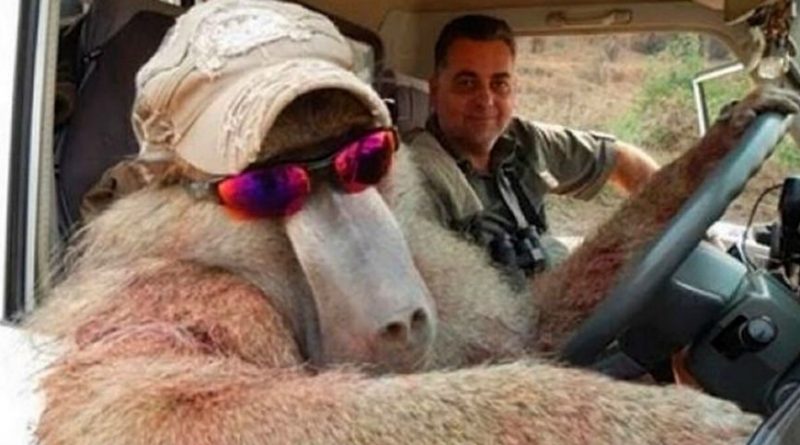 Australian businessman and big-game hunter, Nick Haridemos, has resigned from his vice-president position at the Hellenic Club, located in Canberra. The resignation came after social media outrage over some hunting photos he published.

Haridemos shared several images of animals he’d shot while on a safari in Africa. This is a common practice among hunters.

But Haridemos garnered the ire of many animal rights activists, primarily for at least one staged photograph of a baboon he apparently shot and dressed in sunglasses and a hat. In the photo, Haridemos is smiling in the driver’s seat, with the dead baboon in the passenger seat.

Other images included Haridemos with elephant ivory and a trophy picture of him standing beside a downed bull elephant.

Haridemos’ lawyer declared that all the African hunting trips his client shared pictures of were legal.

“This is a regulated activity, which is undertaken in accordance with licenses and quotas issued by the relevant country, and is conducted in a manner that does not pose a threat to any endangered species,” he said.

One could say the photo of the baboon is in poor taste and that Haridemos gave ammunition to his critics. But should a person have to resign from a position simply because some people don’t like images he shared? In today’s world, apparently so.

Like what you see here? You can read more great articles by David Smith at his Facebook page, Stumpjack Outdoors.