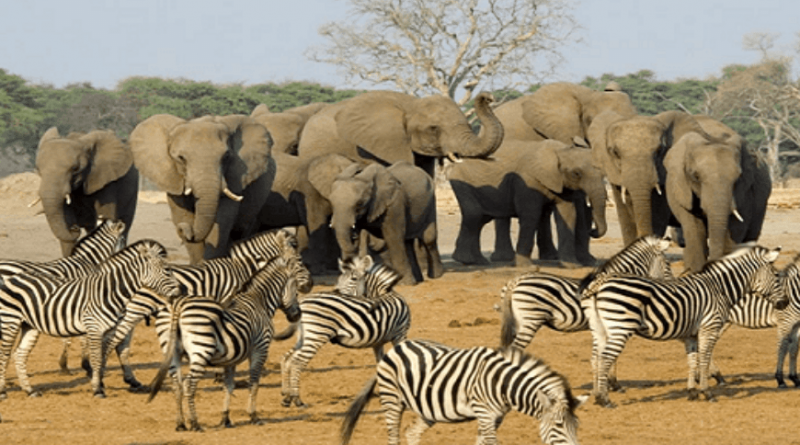 Anti-hunting groups and many in the mainstream media are sharply criticizing the new International Wildlife Conservation Council, saying the advisory board is overloaded with “trophy hunters.”

The purpose of the council was to offer advice on rewriting federal rules for importing big-game trophies, primarily in Africa.

President Trump‘s Secretary of the Interior, Ryan Zinke, appointed 16 members to the council, including:

Secretary Zinke is a hunter as well.

Critics of the council suggest that it doesn’t accurately represent a diversity of opinions. I say cheers to that, because the opinions it does represent are all pro-wildlife conservation. The goals of the group are noble and consistent among its members: to do what is best for wildlife.

As for the charge of consensus, as anyone who has ever been part of any board or council understands, any time there are more than two people in a meeting, you’re going to get two different opinions on how something should be done.

Most articles criticizing the council’s makeup have focused on the hunting lifestyle of most of the members, as if that should disqualify them. These articles have done their best to portray each member’s hunting pursuits in a negative light. In reality, it’s just the opposite. Hunting is the single most important activity supporting wildlife conservation.

Keith Mark unabashedly sees hunting as a key component for saving wildlife. “I see the world from a hunting lifestyle,” he said. “It’s the most pure form of hands-on conservation that there is.”

“Not exactly CNN. Just not the “right” conservation groups in your opinion.

And regarding my comments of hunting in Africa from this article. I don’t think the antis understand that we both want the same thing. The delivery of this message is what we need to get better at in my opinion.

I believe we’ve done a good job of explaining conservation to other hunters but not a great job of giving the right ‘message’ of hunting to the general public.

I see and hear everyday what many non-hunters think of us, especially those in Europe, and it is simply not accurate. I want them to see what I see and know…hunters are respectful, dedicated and consciously in-tune of where their meat comes from. And, because of our contributions as hunters our wildlife in the USA thrives.

I also know some of us will have the attitude of screw em’! Who cares what people in other countries think about us or our ‘message’! I get that too and probably would have had that same attitude not too many years ago. But in the social climate of today I believe that approach is pretty short sighted. What outsiders think about hunters is extremely important.

When I grew up hunters were respected and held in high regard. I want that again.”

The council recently held its first meeting, supposedly to discuss the importation of big-game trophies and the U.S. Fish and Wildlife Service’s approach to the issue. Instead, members focused of the plight of elephants and rhinos in certain African countries and what could be done about the situation.

The general consensus was that regulated, legal hunting is a key factor in sustaining elephant and rhino populations and improving impoverished African communities.

Steven Chancellor said legal hunting is a benefit to wildlife, while illegal poaching is the real problem. He stressed the urgency of the situation and hoped the council could make some substantive recommendations to address the issue.

“This committee needs to work on urgency on what we can do,” he said. “Right now I feel like we’re hunkering and thirsting for more education.”

“I believe everyone here today has a shared interest in wildlife conservation, both in American and around the world,” Sheehan said. “There are many ways to enhance and protect those populations. We believe that hunters and dollars that they bring to foreign nations contribute towards conservation efforts.”

Earlier this month, the agency altered its previous policy of banning trophy imports to one that advocates for a case-by-case determination.

Some have called the council nothing more than a pro-hunting cheerleading group. Newly voted chairman of the council’s subcommittee on enforcement, Ivan Carter, disagrees with that assessment. Carter said he considers education to be the council’s primary goal.

“What I hope to bring to this council is a lot of very first-hand experience from the third world dealing with these issues,” Carter emphasized.

“A hunter that tells you the reason he goes hunting is to dig a well, feed a community, or whatever—that’s not the truth,” he continued. “The truth is they go hunting because they like the pursuit. And thank goodness for that, because they are prepared to pay a large amount of money to do that and the resulting benefit of that money are all of these other benefits.”

“As long as an animal has value, it will exist,” he said. “Most of us in this room enjoy hunting. But first has to come conservation and habitat preservation. Without that, there is no hunting.”

Secretary Zinke was unable to attend the council’s inaugural meeting. He did, however, previously release a statement concerning the advisory board.

“This council will provide important insight into the ways that American sportsmen and women benefit international conservation from boosting economies and creating hundreds of jobs to enhancing wildlife conservation,” he said.

Hanes also spoke hopefully of the council’s impact on the future of wildlife conservation.

“Meetings like this and formations of bodies like the International Wildlife Conservation Council could be pivotal in helping strategize towards healthier ecosystems and more prolific wildlife the world over,” he said. “We have to try and engage third world solutions to third world problems and for wildlife a key component of that is putting value and direct reward to governments and communities in wildlife areas in return for healthy ecosystems and prolific wildlife.”

Like what you see here? You can read more great articles by David Smith at his Facebook page, Stumpjack Outdoors.

NEXT: JIM SHOCKEY TALKS WITH WIDE OPEN SPACES – PART I

The article was originally seen at http://www.wideopenspaces.com/trumps-wildlife-conservation-board-packed-with-hunters/