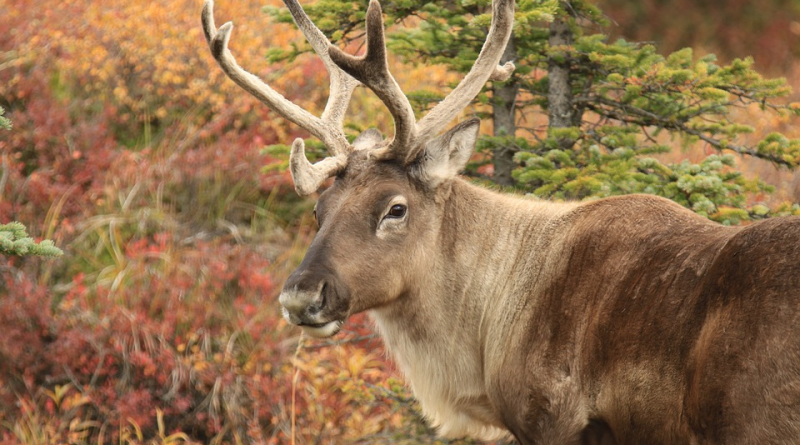 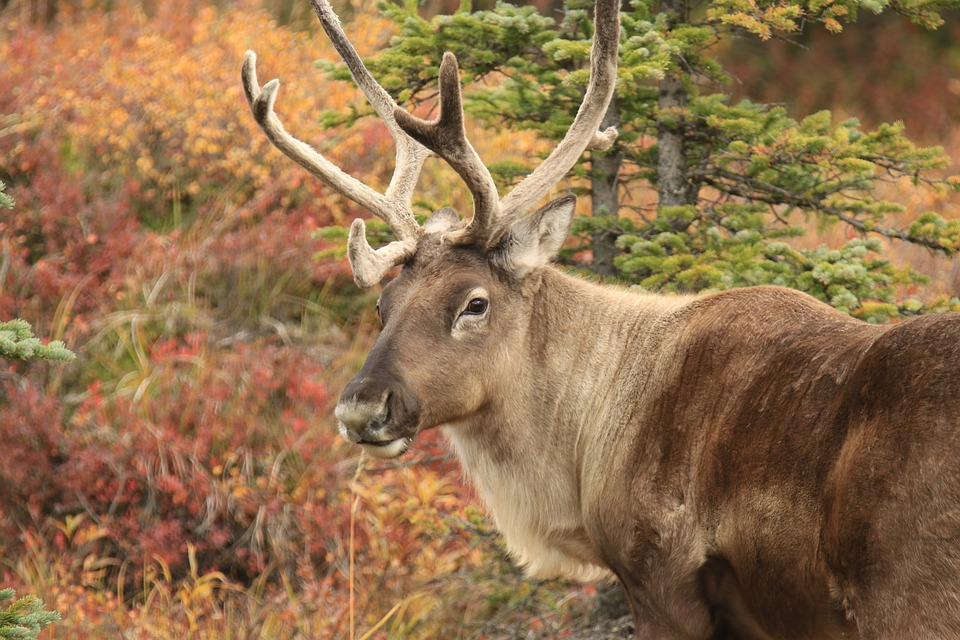 With massive antlers and a large muscular body, Caribou is a truly magnificent species. Typically, the size of the caribou varies depending on the subspecies. Males of some subspecies of caribou can weigh up to 700 pounds, while a female of the same species would weigh around 350 pounds.

Caribou actually belong to the same species as the Reindeer, Rangifer tarandus. In fact, the primary difference between both species is that caribou are wild, and reindeer are domesticated. The difference is also regional since caribou are more often found in North America. Domesticated reindeer are found in Scandinavia, where they’ve been herded for hundreds of years.

The Challenge of the Sub-Arctic Tundra

Caribou are known for their large migration during the beginning of the summer season. They head north, traveling up to 600 miles to reach grazing grounds. 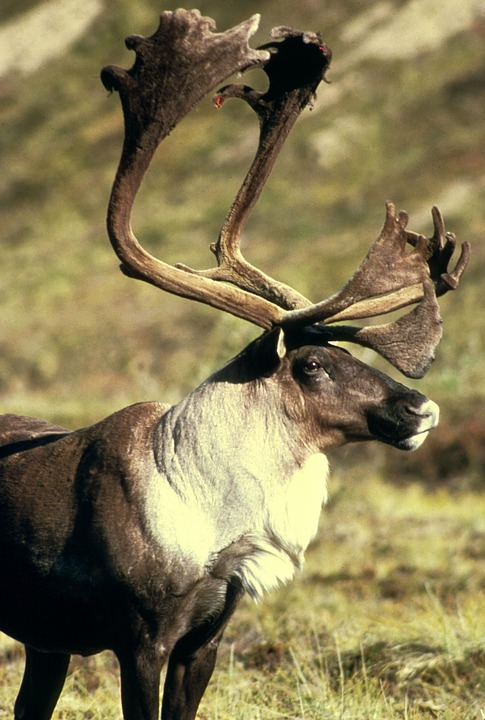 According to the US National Park Service, caribou have the longest migration of any mammal in the world. Throughout the summer season, caribou feed on the grass and then head back to the South as snowfall begins later in the year. The great migration of the caribou makes them favorable for hunters.

Hunting caribou itself is not too difficult. The big challenge is stalking the caribou in sub-arctic environments. Dealing with black flies, mosquitoes, waist-deep rivers, rainstorms, and summer blizzards is a huge challenge. At the same time, there is the risk of other predators stealing away your hard-earned meat. Grizzly bears that live in the area are known to stalk hunters to steal their catches. 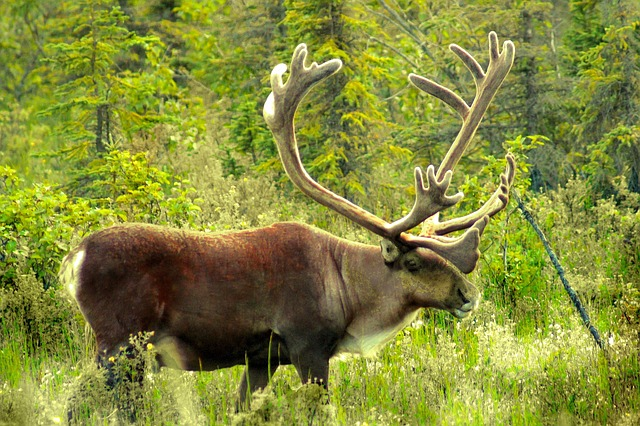 Knowing caribou migration patterns can help you stay one step ahead and hunt successfully.

Hunting Caribou During Their Migration

Caribou migration typically begins in June. By August or July, they arrive from Canada in herds of up to 60,000. However, it is rare to see them all at the same time. Instead, hunters may only see up to 4,000 at a single time.

According to most hunting experts, hunting caribou is not very physically demanding. However, hunters must still show up in their hiking gear. Crossing hilly areas to the best hunting spots is a challenge.

Hunters typically have several options as far as the gear they’d like to use. You can use any caliber suitable for other species like elk or deer. For instance, when it comes to Alaskan caribou, hunters can use tools like:

For hunters that use a hunting rifle, their shot is about 150 to 200 yards. Those using archery gear will have to get much closer – which is another challenge. Those who hunt from long-range can take shots from as far as 600 yards away.

Most experienced hunters suggest spot-stalk is the best method for hunting caribou. These animals are far-ranging and move over a vast area, being quick is the key.

How to Locate a Caribou Herd

Hot weather just does not sit right with caribou. Look for these animals around patches of snow when the temperature is hot. At the same time, caribou seem to hate insects that bite. Natural World Safaris discusses in their blog how caribou avoid or deal with harmful insects by migrating or holding their heads low.

As a result, they are often found near large lakes or glacier bases. The breeze coming from the lakes helps them keep the bugs away. Studying the pattern of different bugs, like mosquitos and black flies, helps to predict where there are herds of Caribou.

All in all, caribou move in predictable patterns. Identifying their preferred land features and setting your camp closer to them is essential for a successful hunt.

Overall, hunting caribou is a popular sport, especially during their great migration period. While it is not physically too demanding, it does present unique challenges because of the climate. Successfully hunting caribou is no less than an achievement.